In 1995, British artist Matthew Ritchie embarked on an extraordinary undertaking: he set out to tell the story of everything, from the Big Bang onward. His tale was to be told in paintings and drawings through a core group of 49 characters drawn from sources as diverse as mythology, quantum physics, alchemy, gambling, biblical tales, and pulp fiction. With Proposition Player, Ritchie's first major solo museum exhibition and accompanying catalogue, his narrative has reached a "climax, collapse, and crisis"--the story has morphed into a game and Ritchie has created a veritable information casino. Accompanying the paintings and drawings for which the artist is internationally known are works in new media, including a 100-foot-long three-dimensional drawing, an interactive craps table with digital animation that invites viewers to roll the dice for the future of the universe, an enormous rubble floor mosaic that invites viewers to walk into the heart of the piece, and a deck of cards featuring Ritchie's cast of characters. 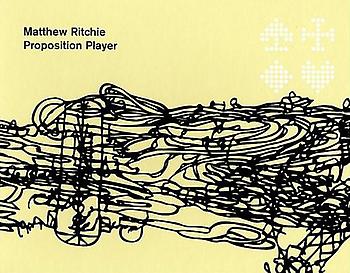