Just as Carl Andre's sculptures are "cuts" of elemental materials, his writings are condensed expressions, "cuts" of language that emphasize the part rather than the whole. Some texts are statements, many of them fifty words or less, written for catalog entries and press releases. Others are Socratic dialogues, interwoven statements, or in the form of questionnaires and interviews. Still others are letters -- public and private, lengthy missives and postcards. Some are epigrams and maxims (for example, on Damian Hirst: I DON'T FEAR HIS SHARK. I FEAR HIS FORMALDEHYDE) and some are planar poems, words and letters arranged and rearranged into different patterns. They are organized alphabetically by subject, under such entries as "Art and Capitalism," "Childhood," "Entropy (After Smithson)," "Matter," "My Work," "Other Artists," and "Poetry," and they include Andre's reflections on Michelangelo and Duchamp, on Stein and Marx, and such contemporaries as Eva Hesse, Robert Smithson, Robert Morris, and Damien Hirst. Carl Andre's writing and its materiality -- its stress on the visual and tactile qualities of language -- takes its place beside his sculpture and its materiality, its revelation of "matter as matter rather than matter as symbol." Both assert the ethical and political primacy of matter in a culture that prizes the replica, the insubstantial, and the virtual. "I am not an idealist as an artist," says Andre. "I try to discover my visions in the conditions of the world. It's the conditions which are important." 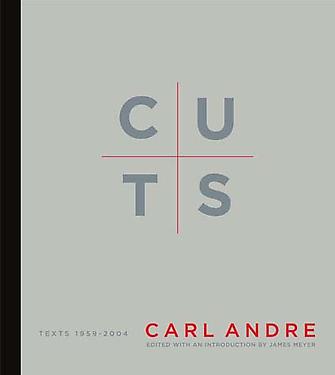