Andrea Rosen Gallery is delighted to present an extensive two-person exhibition with Pope.L and Will Boone. This three-room gallery exhibition highlights the work of each artist independently, allowing their juxtaposition to simultaneously foster connections, both in content and aesthetics, and at the same time allow a viewer to see each artist’s work through a new and potentially heightened filter.

While, over the last year, working toward this exhibition my dialogue with each artist has been autonomous and distinct, and my intention for the exhibition was as much to create a context to highlight each artist’s independent vision, I have also come to confirm my intuitive feeling that Will and Pope.L  have uncanny overlaps. While their differences are overt, both are fueled by content. Each artist’s works are not merely translations of ideas, but are rather imbued with information. Both embody a clear sense of poetics; they also share an ability to move between materials – where each material has its own intentionality. Pope.L and Will each have a direct fascination with source.  Their studios are filled with information. And while sometimes that material was radically different from one to the other, I was overwhelmed to find commonality, for instance, the same book in both places, "The Poetics of The New American Poetry," 1973... Which is emblematic of so much that each think about: America, place, politics, the creativity and fluidity of language, how the same words can to be constantly reconstructed to describe anew…   While language is essential to both practices, they share an incredible ability to transform language or imagery with equal grace into the poetics of a purely visual yet rigorously embedded experience…  The work is saturated with content.

Pope.L’s presentation includes three significant bodies of work, comprising wall bound, sculptural and video works. While the Skin Set series is already a distillation of a history of content, also included in the show is a newer body of work; Pope.L’s cut-out panels are a further evolution that take lists of some thousand plus titles from that series and materialize them, becoming their own concentrated and further abstracted source of language and poetry. Similarly using imagery and image technologies in opposition to words, his works Syllogism (T-Version) and Theater of Brechtangles integrate videos into sculptures that seem to make a formal, structural sense within the system of logic, but simultaneously deform and abstract as a means to get at expression. Positing language and imagery as a container, Pope.L attempts to draw our attention to the traditions and tensions inherent in formal structures by creating malleability and by interacting with mixed messages. Pope.L notes, “In the works in which I use language, there is a desire to communicate some things… but at the same time there is a desire to express something difficult to get at with language…or there is my desire in the work to say several things in a squabble – it’s the squabble I want sometimes.” Interested in the tension between creativity, communication and expression, “how they get in each other’s way, and rub each other the wrong way,” Pope.L continues to investigate a culture of contraries.

While Boone has always commanded a multi-disciplinary practice, moving to LA has afforded him the space and freedom to delve more deeply and to push further into the totality of his practice. The two new bodies of work presented – Boone’s Gate painting series, and new body of sculptures referred to as Doghouses – are a clear continuation of previous works, as it has always been at the core of Boone’s intention to create systems to assimilate the breadth of his interests, to arrive at abstraction that is “bigger than myself.” Each work embodies history, both collective and personal. Within his fascination with source, Boone is interested in how particular arrangements and the accumulation of materials that are clearly part of a larger cultural fabric are what construct personal histories, and how reconfiguring these arrangements creates open vessels for new intention. His Doghouse series – developed from the seed of a single doghouse found in the streets of LA – are vessels for an identity or person, investigating interior vs. exterior relationships and concepts of projection. Decorated with various personal collections – from mosaic Slayer carnival mirrors to Charles Bronson photographs – the structures shift between bare shelters and emulated human environments that, like the paintings, slip between source and abstracted surface. His Gate paintings – caked impressions of found steel gates – expand on the subjectivity of perspective and coinciding ideas of confinement and protection, drawing our attention to how the distinct communication of information on a surface can obscure and abstract our reading of content. Boone notes, “Sometimes something presents itself like a missing piece of something, like a code that you find and somehow you find where it works.”

Continuing the gallery’s publishing mission to provide a space for related but autonomous content as a supplement to exhibitions, the gallery published a soft cover booklet as an accompaniment to the exhibition, to which both artists have contributed a unique compilation of materials. ARG Publishing’s format is to then expand the functionality of these booklets into forthcoming formal exhibition catalogues, including comprehensive installation views emphasizing the significance of exhibition making.

Pope.L (b.1955) lives and works in Chicago, IL. His multidisciplinary practice has been the subject of numerous solo shows, at such venues as Susanne Vielmetter, Los Angeles; Littman Gallery, Portland; Galerie Catherine Bastide, Brussels; and Mitchell-Innes & Nash, New York. His largest museum retrospective to date, Trinket, was presented by MOCA, Los Angeles, in 2015. His work is included in the public collections of the Museum of Modern Art, the Whitney Museum of American Art, and the Studio Museum of Harlem, New York; the Walker Art Center, Minneapolis; and the Fogg Art Museum, Harvard University, Cambridge.

Will Boone, (b. 1982) lives and works in Los Angeles, CA. He has had recent solo shows at Karma, New York; Jonathan Viner, London; and the Rubell Family Collection, Miami. His work is featured in ongoing and upcoming group exhibitions at Gagosian Gallery, Rome; Venus Over Manhattan, New York; and Almine Rech, London. 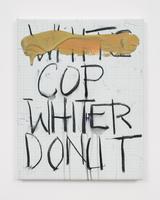 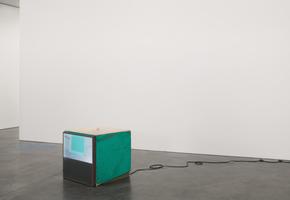 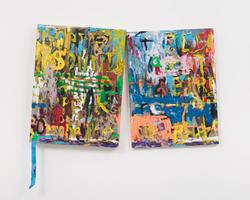 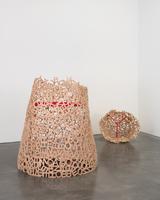 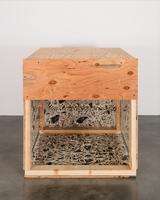 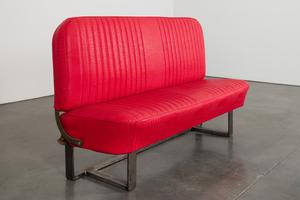 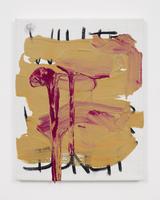 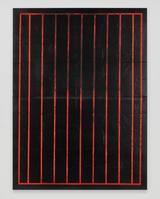 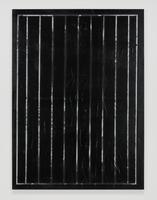 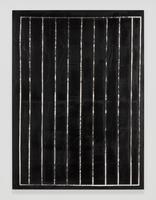