Andrea Rosen Gallery is delighted to present new sculpture and photographic works by Matt Keegan with Landfall, 1970, a totemic column by Anne Truitt (1921-2004). Keegan’s body of new works builds upon his ongoing inquiry into the sociability and singularity of industrially produced forms, and together with Truitt hatches a sensuous material investigation.

In Keegan’s unique approach to fabrication, the template is both a scalable model and a uniquely factual form. The artist's untitled steel sculptures begin from rudimentary, randomly generated paper cutouts, which are enlarged, laser-cut in steel and machine bent to approximate the original prototype. These abstractly legible sculptures together with his framed works make visible the act of translation from template to object.

Previous sculpture by Keegan has explored the potential of color as sign, reference and code, particularly as manifest in the urban environment. Within this exhibition, the artist’s steel sculptures are so saturated with spray finish and powder coating as to achieve a unity of color and form. Truitt’s vertical wooden sculpture, meticulously covered with many coats of paint, stands as a profound integration of painting and sculpture. Together these works generate a dialogue centered on tactility through focused material decisions.

Truitt describes in Daybook (1982) her realization of color ”having meaning not only in counterpoint […], but also in itself, as holding meaning all on its own.” In Truitt’s work, color is not merely a decorative surface, but rather a bodily locus of meaning: ”In some mysterious way, I felt myself to be color.” Through a common treatment of surface, color and its ability to embody, the intergenerational pairing emphasizes Truitt’s unique position among the minimalists.

Framing the entire exhibition, and expanding the recurring lattice template, Keegan has outfitted Gallery 2 with 21 sheetrock panels, standardized architectural units that the artist has hand-etched in vernacular patterning. Previously, Keegan has used this material and process to make freestanding sculpture. For this exhibition, they are shown for the first time as a ground for other works to be installed upon, departing further from their original incarnation as object to function as container for the works within. Sharing a formal affinity with these patterns, Keegan’s photographs possess a stable figure-ground relationship akin to that of the panels, and like the lattice, contain and collect, like a city’s sieve.

Matt Keegan is an artist based in Brooklyn, New York. Next year, he will have a solo show at Rogaland Kunstsenter in Stavanger, Norway. His work has been included in recent notable group exhibitions at The Art Institute of Chicago; Foam Fotografiemuseum, Amsterdam; and the Deutsche Guggenheim. Keegan’s work is included in numerous private and public collections, including The Whitney Museum of American Art; the Guggenheim Museum; and The Metropolitan Museum of Art. Keegan is the co-founder of North Drive Press, an art publication published from 2004-2010. In 2012, Keegan edited ==, an art edition published by mfc michéle didier. ==#2 will be launched in Spring, 2015.

Anne Truitt (1921-2004) grew up in Easton, Maryland. Her work has been recognized by one-person exhibitions at the Corcoran Gallery of Art, Washington, D.C.; the Whitney Museum of American Art; Delaware Art Museum, as well as a retrospective mounted at the Hirshhorn Museum, Washington, D.C., in 2009. Truitt received many awards, including a Guggenheim Fellowship and five honorary doctorates, and was acting director of Yaddo, the artists' retreat in New York, in 1984. Her work is in the permanent collections of many leading museums, including the National Gallery of Art, Washington, D.C.; The Metropolitan Museum of Art; the Whitney Museum of Art; and The Museum of Modern Art, New York. 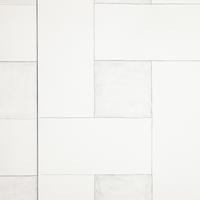 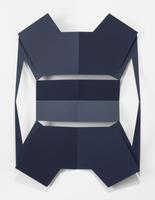 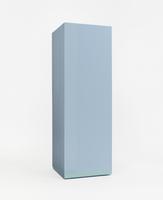 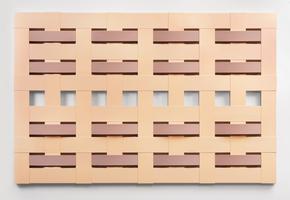