Andrea Rosen Gallery is pleased to announce Hollow Body, an exhibition of recent works by Ketuta Alexi-Meskhishvili at Gallery 2. This will be the artist’s first solo presentation in New York.

Alexi-Meskhishvili’s work visually splices and weaves various planes of representation and pictorial reality through her chosen photographic material.  She employs a breadth of methods, spanning analogue to digital photographic techniques, to rework and manipulate images found or her own. The multi-layered manner in which she combines these interventions, while experimental and often intuitive, converges on a conceptual logic of choreographing and staging not just surfaces, but the conditions of photographic representation.

Alexi-Meskhishvili’s exhibition at the gallery features an installation work and a group of recent photographs, several of which were shown in her solo presentation of the same title at the Kölnischer Kunstverein in 2015. The title Hollow Body relates to the hollow-body hold, a foundational position in gymnastics and weightlifting that involves bracing one’s abdominals and creating total-body tension – a high level of internal exertion that is nearly unperceivable from the outside. Beyond a metaphorical understanding of this idea, the question of how much the photographic image functions as an index of a subject’s exterior and how much information beyond the surface is recorded or evoked, is also of interest to Alexi-Meskhishvili. Lesley (After Mapplethorpe 2), Lesley (After Friedlander), and Lesley (After Woodmann) are all recent forays for Alexi-Meskhishvili into photographing a human subject – in this instance Lesley Moon, a physical trainer with whom the artist trains. In these works, Alexi-Meskhishvili, beyond complicating and revising the heavily-loaded photographic image of the female nude and canonized poses, identifies the gender typologies functioning within the gaze(s) of her chosen references. She freely adapts the conditions of the shoot to stage the body and the photographer-subject relationship anew.

In Osile, a pink-hued work printed on a large sheet of transparent paper, cardboard with punched holes and jagged lines cut through it is used as a stencil for successive exposures to red, blue and white light, with LED fingerlights tracing a bright trajectory and making the artist’s hand visible. Also navigating translucency as a motif, a curtain titled Don´t be an actress (yellow) constructed of semi-transparent fabric printed with abstract forms hangs over the entrance doorway to the gallery, telling of both the artist’s father´s background in stage design as well as her interest in the amount of information carried into a large-scale digital print from an analogue source. Introducing the aspect of time, Andro’s Book is a photograph of a worn Edvard Munch catalogue positioned in a blue-toned studio setting that mimics the blue markings left on the book’s cover from partial sun-exposure; Alexi-Meskhishvili describes the catalogue as a “found photogram.” While it is not immediately traceable how surfaces and processes intervolve in these works or at what point each of the resulting imperfections from the printing process arise, what holds viewers at arm’s length is also what exerts the works’ full, enigmatic effect. 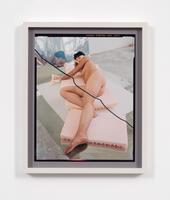 Don't be an actress 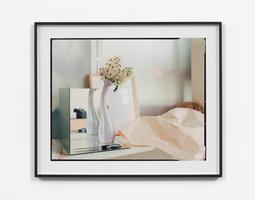 Color of the day 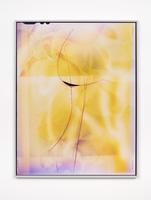 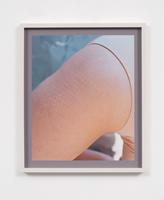 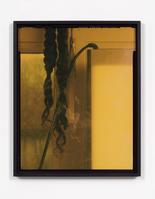 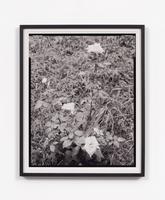 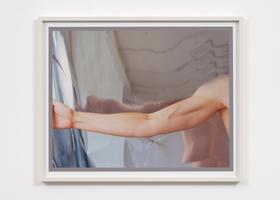 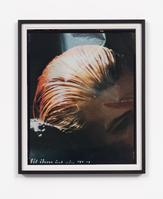 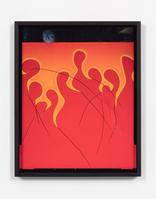