Andrea Rosen Gallery is pleased to announce Alina Szapocznikow, the gallery’s inaugural solo-exhibition of the artist since beginning to represent her Estate in 2014.

On the heels of a major international traveling retrospective, this exhibition presents a meticulously assembled group of major figurative sculptures from the 1960s and 1970s. Ardently concentrating on life-size freestanding figures, these works represent some of the artist’s most significant bodies of work, lent from museums and private collections from around the world.

Szapocznikow, over the distilled course of fifteen years, developed a profound pioneering vision and formal language tensioned between lust and sexuality, and the threat of destruction. Embodying this dichotomy, her work contains an intense vividness of life that perhaps can be drawn to her personal history, surviving a youth in concentration camps; like a number of artists of her time, such as Paul Thek and Hannah Wilke, who came out of intensity, there is an incredible rigor and vibrance driven from the force of life.

After representing Poland in the 1962 Venice Biennale, she moved to Paris, fully formed, at a historically vital time, when artists from Marcel Duchamp to Yves Klein were simultaneously developing pivotal territories propelled out of Formalism. Evoking characteristics of Surrealism, Nouveau Réalisme and Pop Art, her works embraced both material rigor as well as her own deeply personal psychology, leading her to create “awkward objects”—visceral sculptures that unravel gravity and composition—to explore what she saw as the most vulnerable of all ephemeral manifestations, the human body.

At once seductive and unsettling, Szapocznikow’s work is often made from direct impressions and casts of body parts, each an attempt to fix the traces of the body and record the fleeting moments and absurd paradoxes of life. She infused a completely new set of materials: those she concocted and heavily documented in the laboratory of her studio—such as tinted polyester resin and polyurethane expanding foam—creating a post-human form of lamps that used casts made directly from her lips, to every day resources—pantyhose, newspaper clippings, photographs, with straw and resin, grass and foam—resulting in distinctly radical hybrids of the organic and inorganic.

While so significant in her time, Szapocznikow is now widely regarded as one of the most prominent figures in post-war Poland and Paris. Linking the intensely personal to our greater humanity, her work, a vessel for memory and formal innovation, singly holds the capacity to teach and unravel a multitude of historical threads that tell the story of the past sixty years.

Alina Szapocznikow was born in 1926 in Kalisz, Poland. After surviving three concentration camps during WWII, she trained at studios in Prague and the École des Beaux-arts in Paris. She first began showing her work in 1950 and held her first two-person show at the Zacheta National Gallery of Art, Warsaw, in 1957. Szapocznikow, along with two other artists, was selected to represent Poland at the Venice Biennale in 1962. A year later, she moved to Paris, where she continued to live until her untimely death in 1973 at the age of 47.

Her work has been the subject of major survey exhibitions and retrospectives worldwide, including the first comprehensive retrospective outside of Poland, traveling to the Museum of Modern Art, New York; the Hammer Museum, Los Angeles; WIELS Contemporary Art Centre, Brussels; and the Wexner Center for the Arts, Columbus (2011-2013); and a major survey exhibition at the Centre Georges Pompidou, Paris (2012) and Tel Aviv Museum (2014). Additional solo exhibitions include: Bonniers Konsthall, Musée d'Art Moderne de la Ville de Paris, the Stedelijk Museum, Amsterdam, Kunsthalle Basel, Camden Arts Centre, London, and the National Museum of Warsaw. Recent group shows this summer include “THEM” at the Schinkel Pavillion; Danh Vo and Caroline Bourgeois’s “The Slip of the Tongue,” at Punta Della Dogana, and Massimiliono Gioni’s “La Grand Madre,” at Fondazione Nicola Trussardi. Her work is in the public collections of the Centre Pompidou, Paris; Hammer Museum, Los Angeles; Israel Museum, Jerusalem; Museum of Contemporary Art, Los Angeles; Museum of Modern Art, New York; Philadelphia Museum Art; and Tate, London, as well as numerous institutions across Poland and Western Europe. 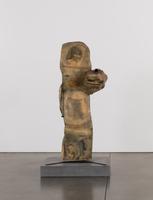 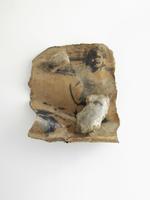 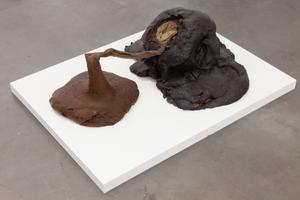 Sous la Coupole (Under the Cupola) 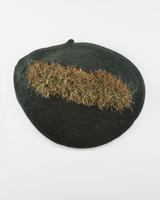 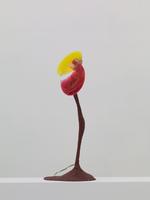